Going Back to Basics

Since school is back in session, this is a great time to cover some writing basics often messed up in business communications. While a bad grade isn’t in the offing, your reputation can suffer when you make these “childish” mistakes.

Misusing its and it’s
(See the examples above; its always denotes possession, while it’s is always short for it is.)

To ensure silly errors don’t detract from your message, have your writing efforts reviewed by someone who can catch them — and save you from embarrassment.

A Great Debut
It was my honor to edit Stan Fairchild’s first novel, Community of Marta, which is now available at Amazon.com. I don’t always love the books I edit, but I can wholeheartedly endorse this great read. Set in San Diego, it revolves around Marta, an independent spirit, and her ragtag group of friends. The tale is a heartfelt and timely look at human connection — and shows us how our friends often become our true family. 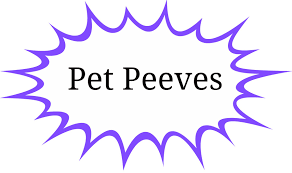 It Bugs Me When…
People don’t have a signature panel on their business emails that includes a phone number
My name is spelled wrong, first or last — and sometimes both
I’m added to groups on social media instead of being invited to join
My emails and/or phone calls aren’t returned in a timely fashion

Do any of these things irritate you? Do you have other pet peeves with respect to business or personal communication? Feel free to share!

“You can have brilliant ideas, but if you can’t get them across, your ideas won’t get you anywhere.”
— Lee Iacocca

“Clarity in business writing is not a luxury.”
— Sir Richard Branson

How can I help?